Orange you glad it's Friday?!

"Knock, knock!"
"Who's there?"
"Banana"
"Banana who?"
***
Remember that classic "knock knock" joke?  I'm sure you jumped straight to the orange flavored punch line.  At best, these Q&A jokes include a clever play on words.  At worst, they're not funny and, perhaps, even irritating. Yet, they're the first type of joke most of us learn to tell, and they're adorable when told by small children - even more so when they get it wrong.  My favorite knock, knock jokes of all time were told by my friend's daughter, Grace, when she was about 5 years old.  No matter what the opening line was, the punch line was always her name, followed by "get it?!" and peals of laughter at her own cleverness:

"Knock, knock!"
"Who's there?"
"Fish"
"Fish who?"
"Fish Grace, get it?!"
***
Her delight in the telling was infectious, and never failed to put me in a bright mood despite the nonsensical nature of her words (or maybe because of it). 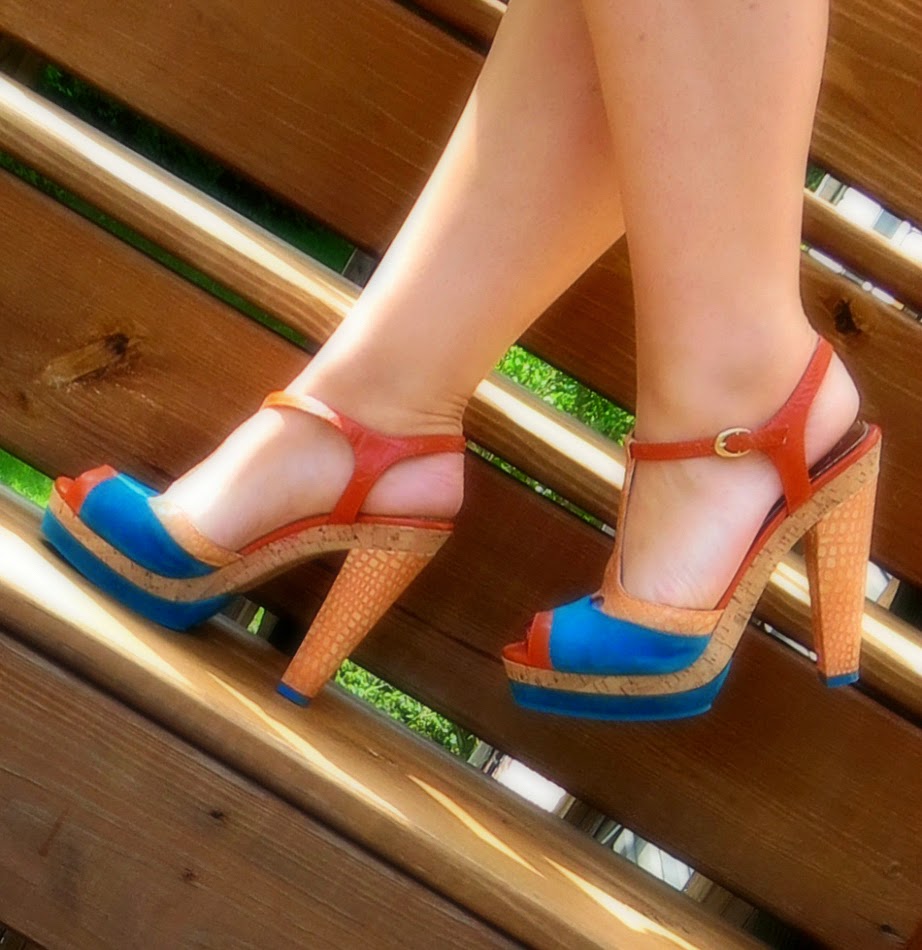 So, too, it is with the color orange and these citrus and sea-inspired shoes.  Wearing them always puts a little extra pep in my step.  So much so that I've built multiple ensembles around them (see the link below).  I mean, seriously, who wouldn't smile while wearing orange crocodile leather and teal suede shoes!

Here's wishing all of you a weekend as joyous as a 5 year old with a new joke to share.  Orange YOU glad it's Friday?! 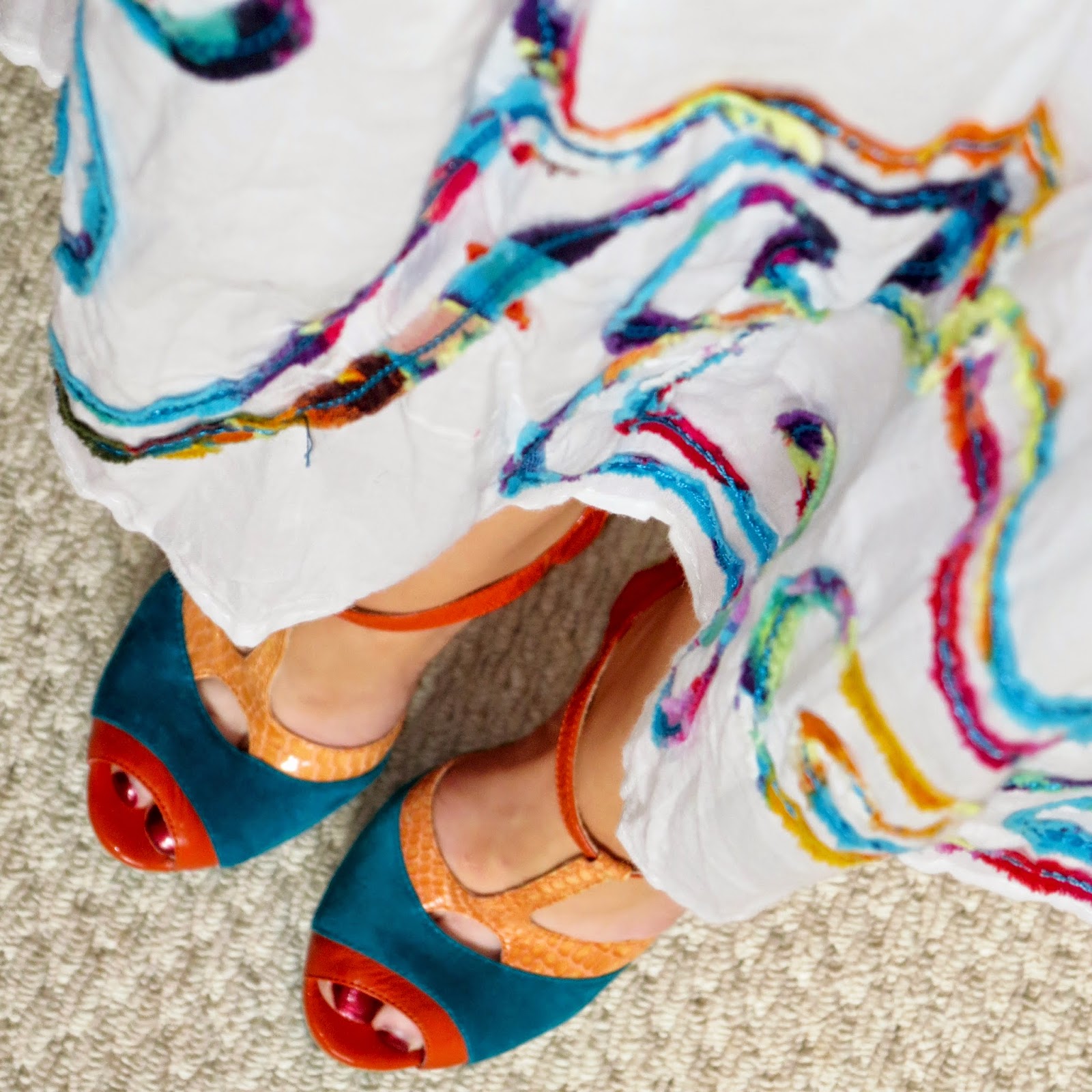 I first waxed poetic about these shoes here: 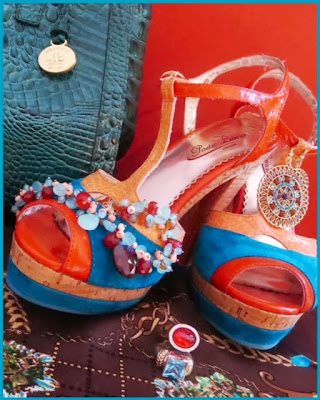