You don't have to know me very long or very well to know that Fall is my favorite time of year and Halloween is my favorite holiday...and I love playing around with makeup and items already in my closet to create creepy, cute, or startling looks to celebrate the spooky season.

You will never see me in a polybagged get-up from a pop-up Halloween shop. But I'll happily recycle bridesmaid dresses and switch up everyday outfits with spooky accessories. The less money I spend, the better!
In the last two years, I've really embraced the use of makeup to help me create my All Hallow's Eve persona. The first time I wore sugar skull and pop-art makeup, I called on my friend and makeup artist Kelly Oswalt to work her magic, but since then I've let my own inner artist out to play.
My one costuming "splurge?" Theatrical contacts! The eyes really do have it when it comes to Halloween drama. I've collected a few pairs over the last several years, and with careful preservation, I've worn all of them more than once.
Luckily, theatrical lenses are affordable and come in my prescription (the effect would be significantly dampened if I had to wear glasses over them...) If you don't need corrective lenses and can get used to the sensation of wearing contacts, there are even more options to choose from at even lower prices. My "go to" site is Vision Direct, and I've also had luck with Lens.com.
If you decide to try out theatrical contacts for yourself, I highly recommend looking for lenses that are the same diameter as your everyday lenses - they will be MUCH more comfortable. I once tried a pair that were significantly larger and, though they looked spooktacular, they made my eyes water so much I thought my makeup would run.... Just like shoes, amazing "eyes" are only great so long as you're not in pain. Happy Haunting! 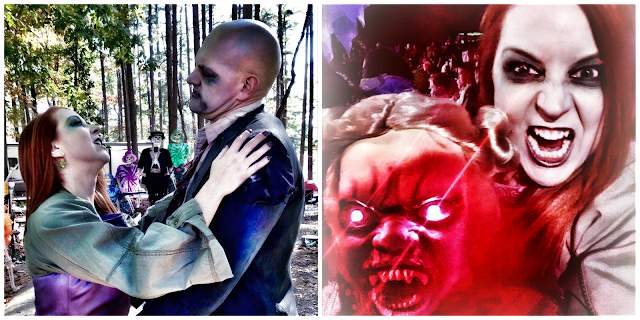 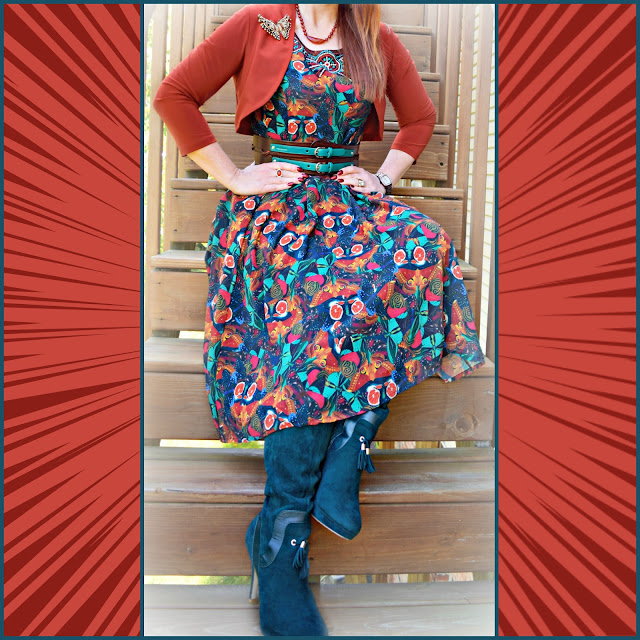 In my last post, I talked about extending my Spring and Summer wardrobe even as both the temperatures and the leaves are falling.

This dress from eShakti is yet another example of all-season dressing - a sleeveless Summer dress whose deep orange and teal hues look just right for Fall, especially with the addition of teal suede boots
Like the butterflies that cover the dress, my Spring/Summer wardrobe undergoes its own metamorphosis as the Seasons change.
Whenever possible, I'll just switch out accessories; add tights; change my shoes; and keep right on soaring... 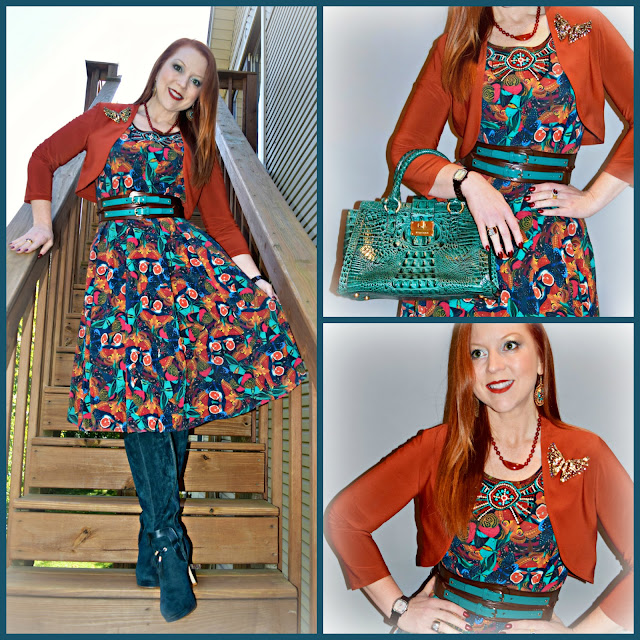 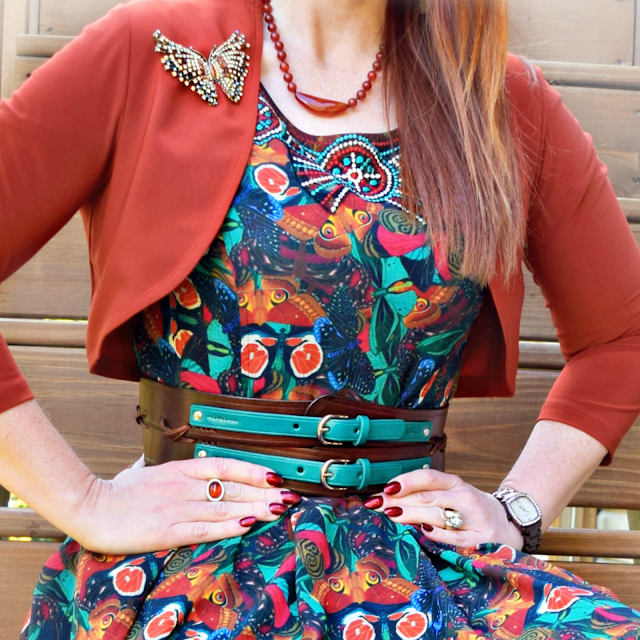 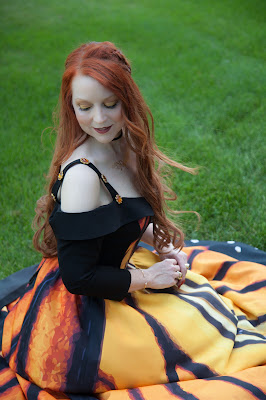 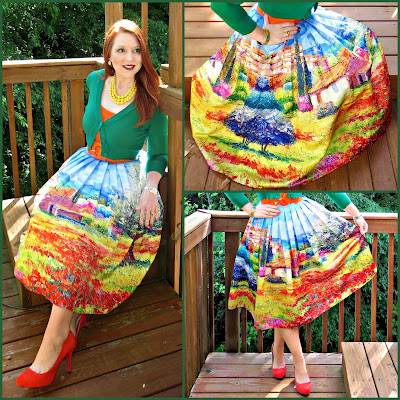 On Monday and Tuesday, we enjoyed temps in the high 70s. Today, we're looking at a high of 55...but I really like this sundress from Enza's Boutique and wanted to wear it despite the cooler temperatures. 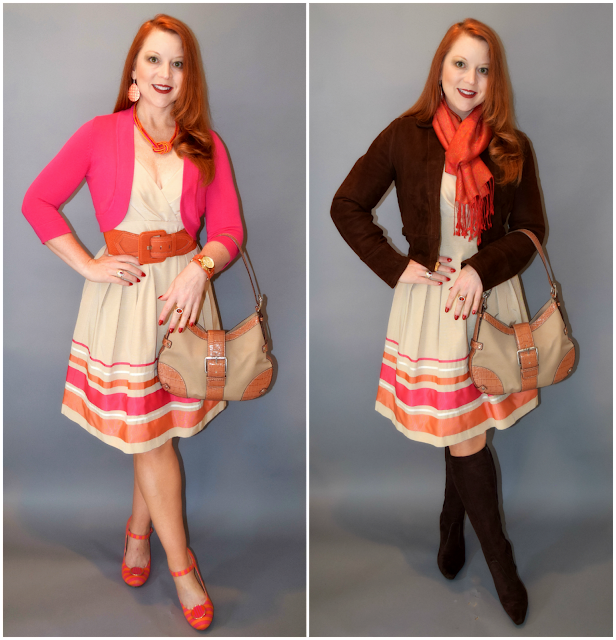 Luckily, a quick switch of accessories makes the khaki faille dress look Autumn appropriate despite the somewhat summery pink and orange grosgrain ribbon trim on the pleated skirt.
A chocolate brown nubuck leather jacket and suede boots add warmth, in terms of both temperature and color scheme.  A rich woven silk scarf in hues of pink and orange echoes the accent colors on the skirt and pulls the whole look together. 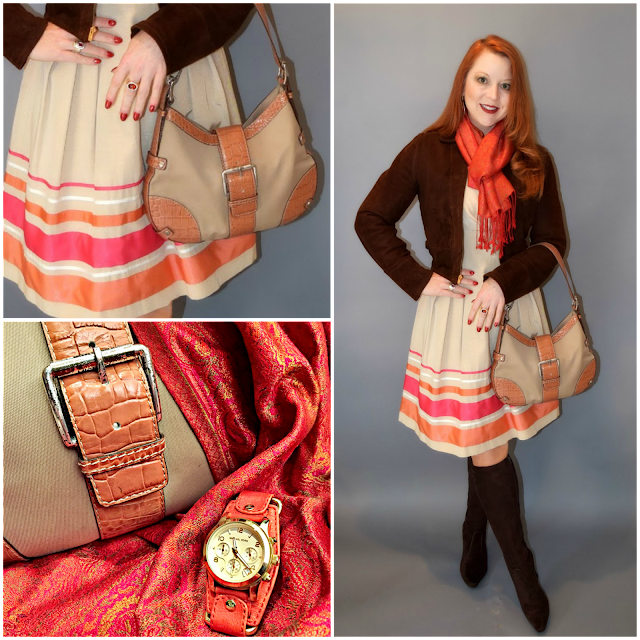 The scarf also adds warmth to my pale skin, which can look washed out in khaki. In fact, I actually think the "Autumnized" version of this dress is more flattering with my skin tone and hair color than the Spring/Summer version!

So take a page out of my book and think about ways to stretch the wearability of your Summer dresses rather than stowing them for the Season - you might just come up with a whole new look to love! 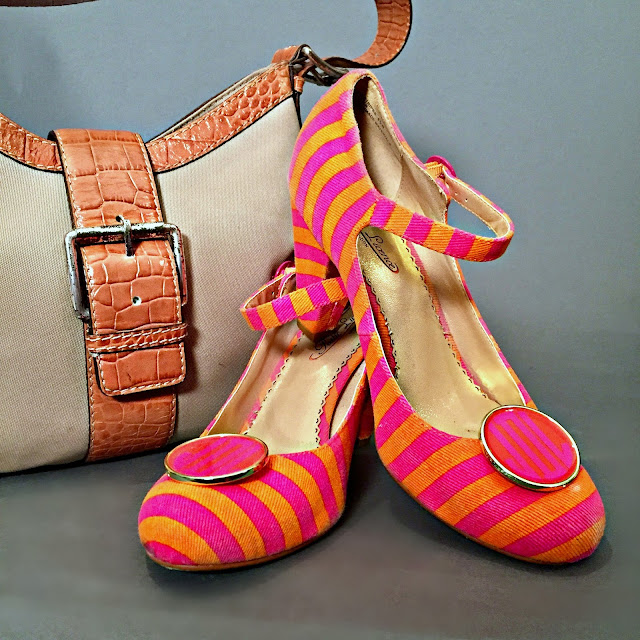 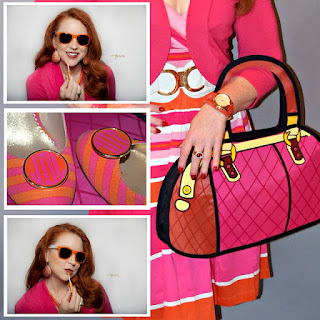 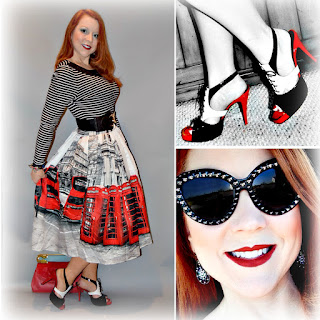 My freshman year in high school, I fell in love with Kurt Vonnegut. Well, I fell in love with his writing, not the man himself...and, yes, the primary reason I wanted to read Slaughterhouse Five was because it was one of "those" books. You know, the ones behind the counter that required a note from your mom in order to check out of the school library.
In my sophomore English class, I chose "Johnny Got His Gun" by Dalton Trumbo, for a book report, probably because I was fascinated by banned books and blacklisted authors at the time. An anti-war novel whose publication was suspended during WWII, Johnny Got His Gun chronicles the inner thoughts of a man injured in war and trapped in his own mind, unable to communicate though completely aware of what was happening to him. It was also the primary inspiration for Metallica's song, One, oddly enough. I didn't love the book the way I love Slaughterhouse Five, but it haunted me for years, and remains one of the most disturbing pieces of literature I've ever read.
Later, in Mrs. Maxwell's AP English class, I fell in love with Greek mythology. I mean really fell in love. So much so that when I missed a single question on a single test in a college mythology class at IU, I argued my case to the professor until he gave in and agreed that my interpretation of the question was logical, even though not the answer he was looking for. Not that the "A+" vs. the "A" made a difference in my GPA. But, I know my Greek mythology, people, and I just couldn't let it go.
So, when I was recently invited to the world premier of the operatic version of Vonnegut's play, Happy Birthday Wanda June, performed by the Indianapolis Opera, I jumped at the opportunity. First, it was Vonnegut; Second, like Johnny Got His Gun, it has an anti-war flavor; Third, its main characters are loosely based on Odysseus and Penelope; Finally, it was the opera, which meant it was a perfect occasion to break out a fun cocktail hat. Truly, how could I resist?! 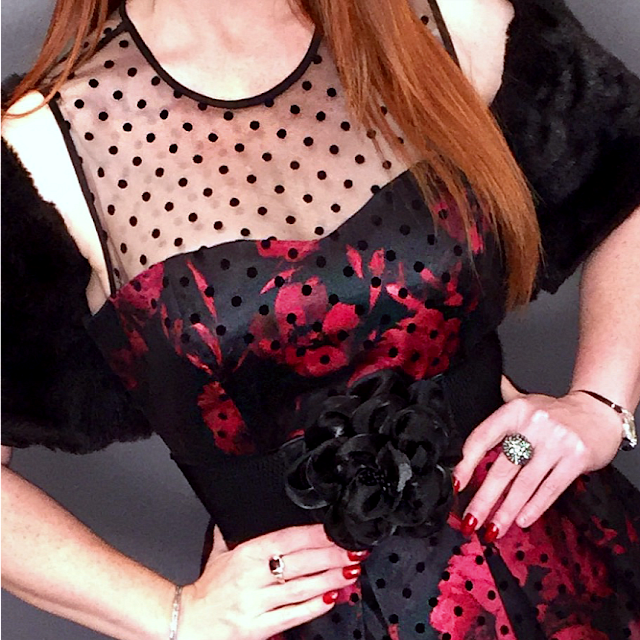 Fashion is what you buy; Style is what you do with it!
I'm linked up with Hat Attack, Visible Monday and Shoe and Tell!

I'm not the "greenest" of the "green" when it comes to conservation (I'm too fond of long, hot showers), but I do recycle...all those Diet Coke cans, you know...
I also recycle my wardrobe, switching up shoes and accessories to get extra mileage from pieces I love. I am NOT a one and done kind of girl. In fact, I laughed at a recent St. Margaret's Hospital Guild luncheon when, not two minutes after a friend commented on my "new" dress, we were looking through a scrapbook of photos in which I was wearing that same dress at two other events.
This INC dress from Macy's is about 8 years old, but it felt brand new when I paired it a new pair of Prada Sunglasses and added green ribbon laces to a classic black shoe. As the weather gets colder, I'll add black tights and boots and keep right on wearing it through the Winter. Going green has never been easier! 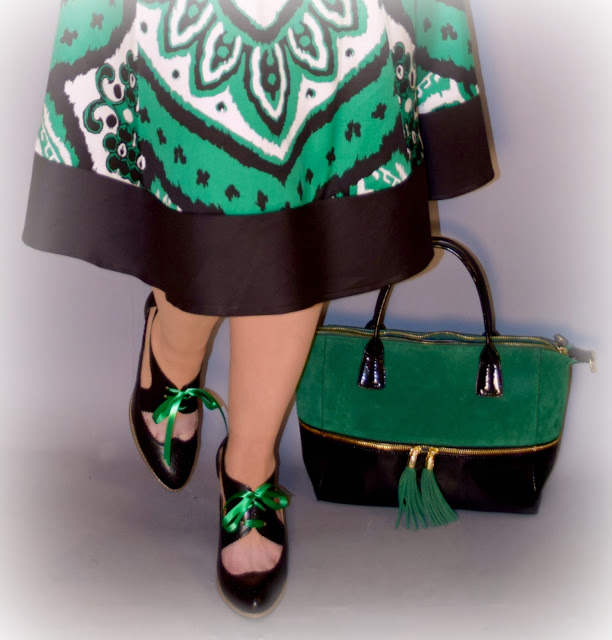 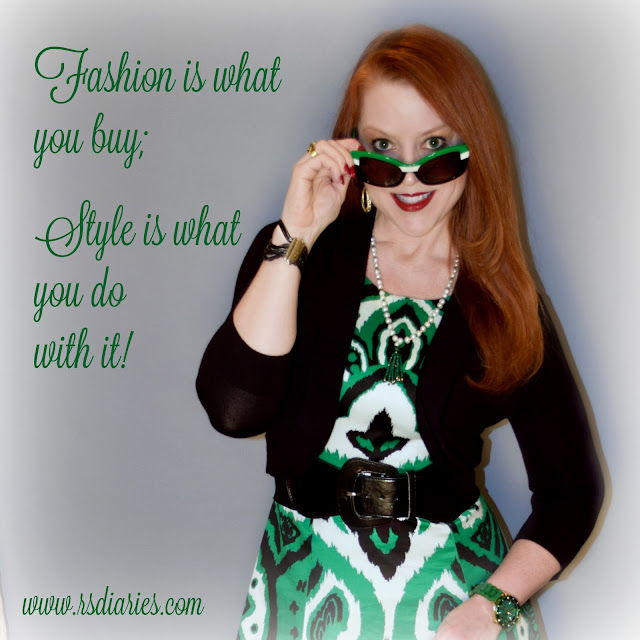 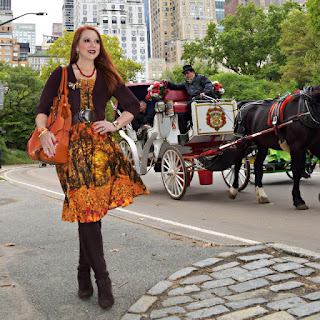 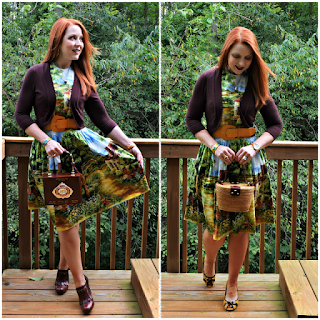