If you're a regular Red's Shoe Diaries reader, you may have noticed my posts have been a bit slower lately...There's a good reason for that: a four-legged, redheaded, velvety, wriggly bundle of puppy joy. 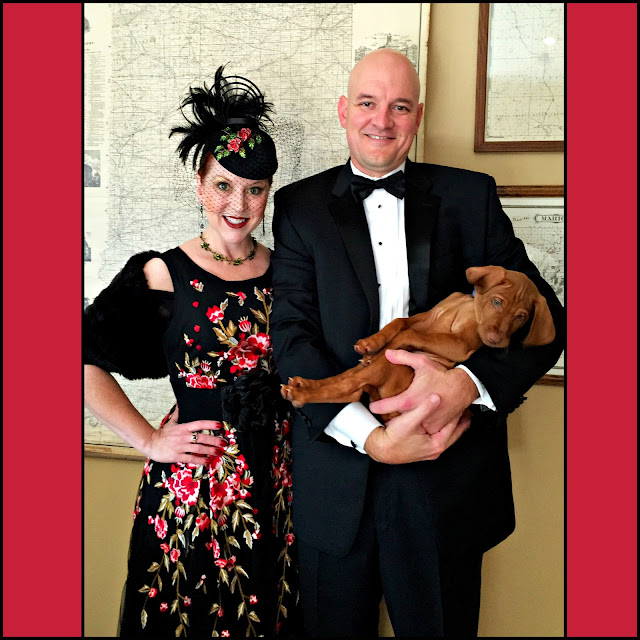 Meet 8 week old Tim Riggins! (If you get the reference, we can definitely be friends. #TexasForever). A naturally energetic and inquisitive Hungarian Vizsla, Tim Riggins has occupied nearly all of my free time since coming home with us...
Not that I'm complaining - that wrinkly little green-eyed ginger face is already a source of pure joy and unconditional love. Tim Riggins is a big cuddler, and when he's not chasing everything in sight, he loves to be held and follows me everywhere.
Tim Riggins is also still learning his manners, including what things are and are not okay to chase and chomp on. As you might imagine, he was completely befuddled Saturday night when I not only wouldn't pick him up, but scolded him for chasing after the 10 yards of embroidered tulle swishing around me as I got ready for the Indianapolis Symphony Orchestra's Opening Night Gala.
Tim Riggins may have his "momma's" coloring, but Tim Riggins does not do black tie. To him, a flowy dress and birdcage veil are obviously meant as an invitation to wrestle and play. Why on Earth would I not want to play tug of war with all that fabric?! Needless to say, he was much happier when I came home, put on pajamas, and rolled around on the floor with him.

But, Tim Riggins will learn. He's a smart one, that Tim Riggins. And as much as I enjoy every second with him (even when I'd rather he chase his tail than my tulle), I also love events like the Symphony Gala that showcase the incredible talent in our city and spotlight performances from superstars like Angela Brown and George Takei (both of whom wowed this weekend). It's all about balance. 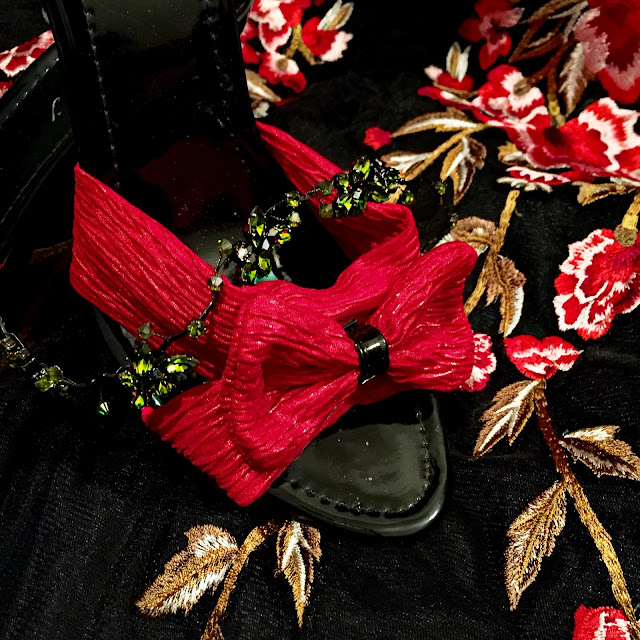 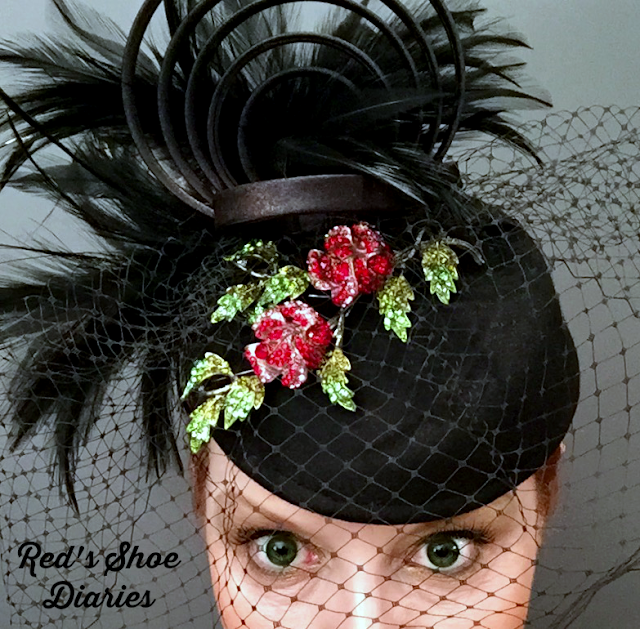 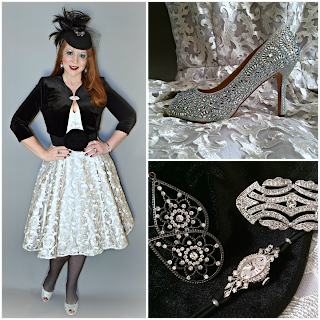 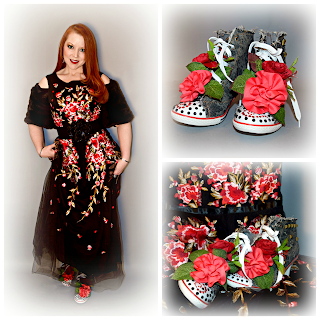 I've had my fill of umbrellas this Summer - the rain shielding kind, that is.
Beach umbrellas, on the other hand, are always welcome...and when you're as fair skinned as I am, they're pretty much a necessity.
Tiny umbrellas are also welcome, whether garnishing a slushy drink (more sour than sweet, thank you very much), or dancing across a sundress.
Masterful seamstress Ashley Kopera, owner-operator of online boutique Four Eyed Girl, made this beach cabana print dress especially for me using fabric I found and fell for on Etsy, and I was delighted to find I already had a necklace and shoes that turned out to be a match made in the shade! 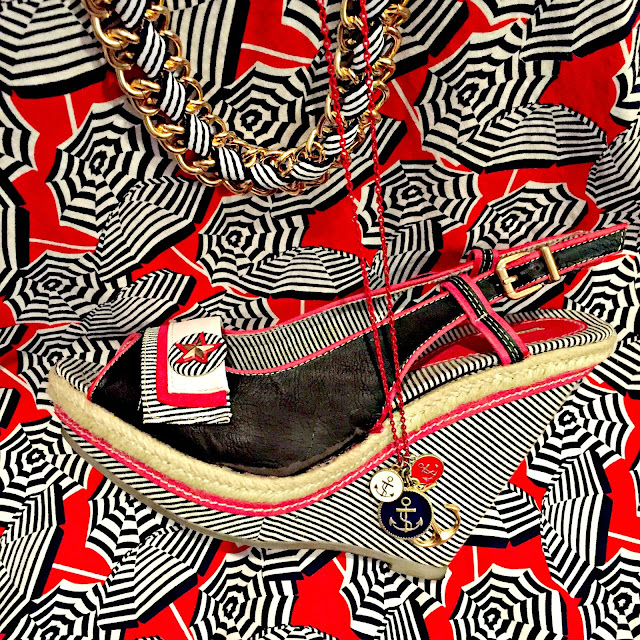 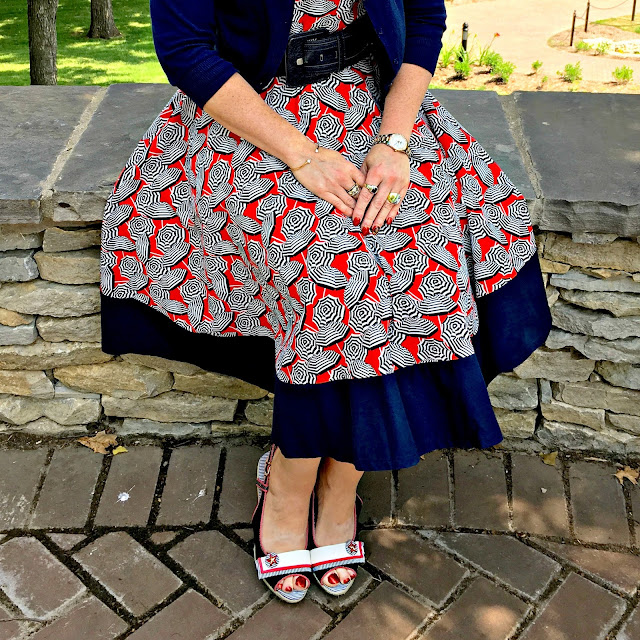 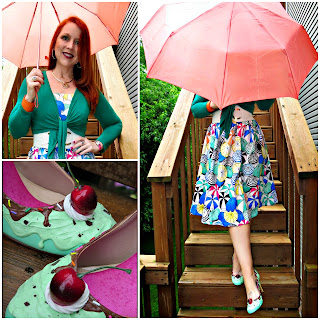 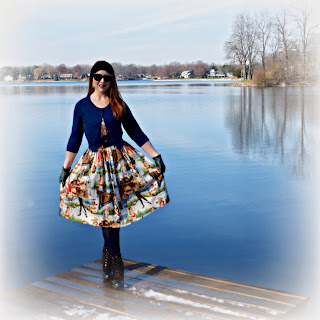 Golf with the CREW

My golf game has NOT improved this year. It's one of those things that requires a lot of practice and a lot of repetition. Unfortunately, a new job too many miles away meant giving up my weekly golf league this Summer, and it shows.
Even so, I still enjoy the opportunity to play whenever I can, and I particularly enjoy a good scramble with friends. Bar none, the best outing I have ever participated in is hosted by the IndyCREW. This group of professional women in commercial real estate knows how to throw a party on the golf course! From frozen margaritas on hole 4; to lavender infused cold washcloths at the turn; to a low country shrimp boil on 16 with a truckload of treats on every hole in between, I've never felt so spoiled on the links.

The first time I played in this annual scramble, it was primarily because I knew the proceeds would benefit two local organizations about which I'm passionate, Dress for Success Indianapolis and the Pink Ribbon Connection (and maybe a little because I wanted to play at the exclusive Sagamore Club). That said, the outing itself was so much fun there was never a question that I'd be back. Every year, the committee and sponsors have outdone themselves, and it's become a "can't miss," much anticipated Summer event. I'm already looking forward to next year, though I hope to play a lot more between now and then!
Fashion is what you buy; Style is what you do with it!
You may also enjoy these posts: 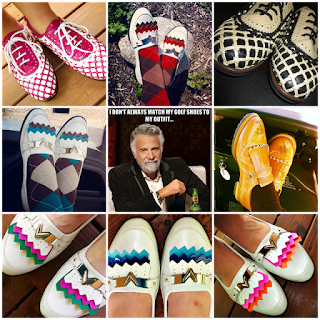 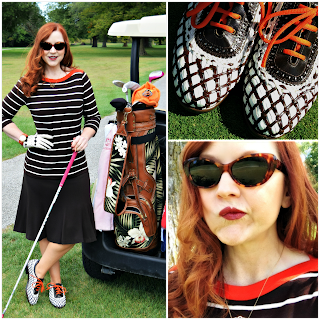 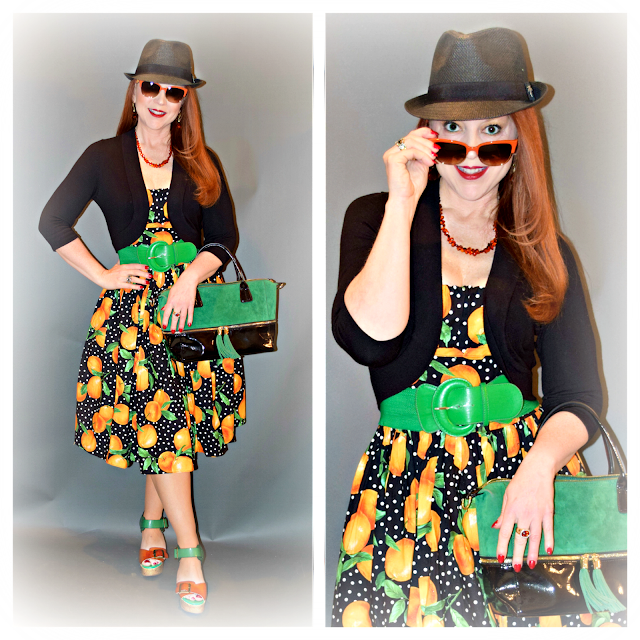 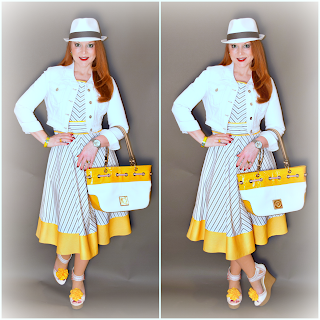 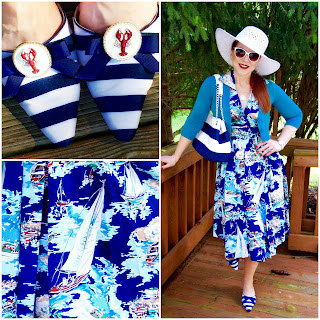 
What do MC Hammer, fashion design, and horse racing have in common? I know it sounds like there's a clever punchline coming next, but I'm serious...While "Hammer pants" are not, and have never been, the height of horse race fashion, it turns out the popular 1990s rapper and thoroughbred owner also left his mark on racing silks. Who knew?!
The colors and design of jockeys' racing silks are generally designed by the owner of a racehorse. Each owner's silks must be unique, and "registered" in a designated database to ensure other owners can't co-opt the design. Though the colorful uniforms are still referred to as "silks," most are now made of lycra or nylon in recognition of the advances in fabric technology - modern synthetics are more durable and breathable than the silkworm's toil.

Owners who don't have their own proprietary design often avail themselves of "house silks," which are generic uniforms provided by a given racetrack. Some tracks also have strict requirements for the design of custom silks, too. In New York, owners are required to register their designs with The Jockey Club, and those that don't conform to club rules will be rejected.
Apparently, MC Hammer's flamboyant, non-traditional design for his stable's silks did not meet Jockey Club rules. As a result, in 1991, the rapper was told house silks would have to be used by the jockey riding his Kentucky Oaks winning horse, Lite Light, in a stakes race at Belmont. Hammer, unwilling to touch the generic uniforms, threatened to pull the horse from the race. Because Lite Light was favored to win, the track relented and allowed the rapper to flaunt Jockey Club rules in his own design. Then, "too legit to quit" after his fashion victory, the Daily Racing Form reported that Hammer had to pay a local seamstress to make a new set of the controversial silks just hours before the race because he'd forgotten to pack the originals he'd fought so hard for! 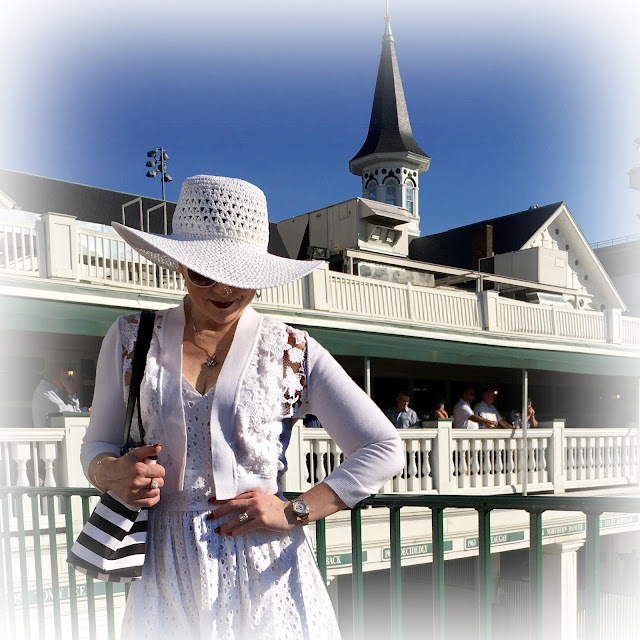 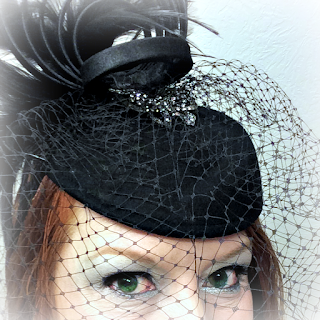 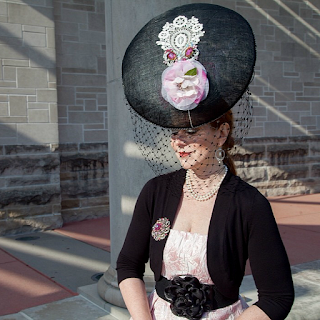