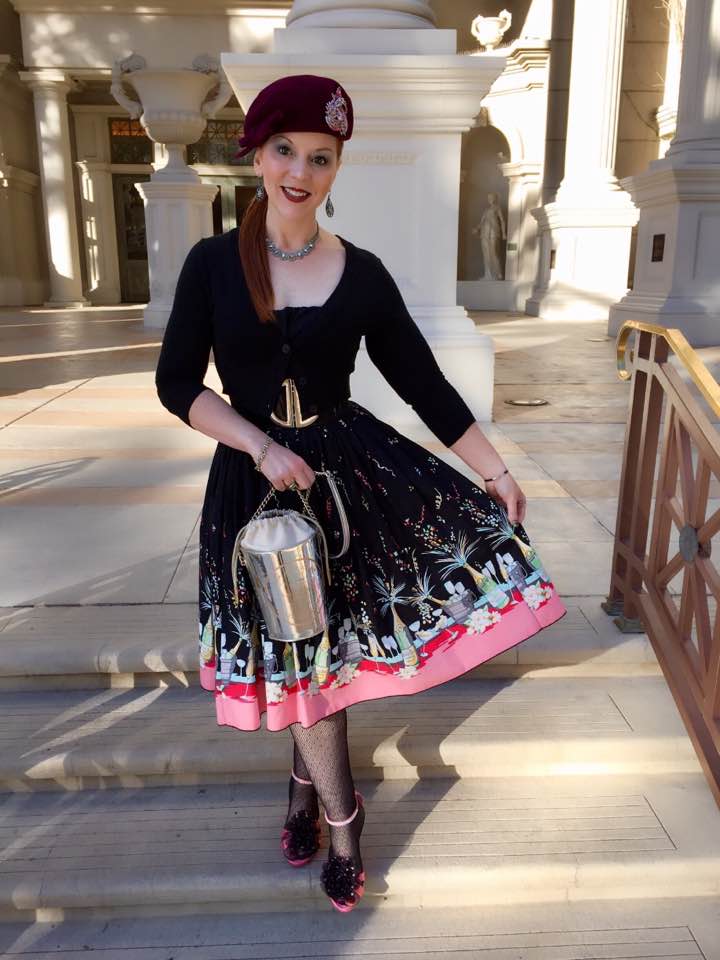 "I can't wear that - It was already on social media..." Have you heard someone say this? Have you said this? I call bullsh%t on that mindset.
When the Style Editor of Indianapolis Monthly magazine called a few months ago asking to feature yours truly wearing party attire in the publication's December "My Look" column, a well meaning friend asked whether I was going to buy something new, the underlying assumption being that I wouldn't want to do the photo shoot in an outfit that had already been seen.

I get it. I really do. The prevalence of social media has imposed a new kind of "wardrobe pressure." But to that idea, I say pshaw. I say bollocks. I say who cares. If you like a dress; if wearing it makes you feel happy, and beautiful, and gives you confidence, why on Earth would you want to relegate it to the back of your closet just because you've already been photographed wearing it?
And let's be honest - you're probably the only one who knows or will recognize you wore the same dress to the office Christmas party that you wore to your cousin Eleanor's wedding in November. If someone does remember, all the better - you've left an impression with your good taste! When friends ask me for advice about what they should wear for an event, I rarely start with "go buy something new." Rather, I start by looking at what they already own and look great in.
A wise and fashionable friend once analogized great clothing to great art - we don't change the paintings on our walls just because our guests saw it the last time they came for dinner. If it's worth wearing, it's worth wearing more than once!

As for that ensemble I wore in Indianapolis Monthly? It's one of my all time favorites. It is a quintessential Red's Shoe Diaries look. Of course it was the right call for the magazine's "My Look" feature. It was also the perfect outfit for ringing in the New Year with Bruno Mars for the 24kt concert in Las Vegas, being that it's covered in 24kt gold accents and all. And yes, I also wore the very same outfit for New Year's Eve 2016. Photos of me at both celebrations showed up in news coverage (Current in Carmel last year; the Las Vegas Review Journal this year). Should I be embarrassed about that? Do I wish I'd worn something else this year in retrospect? Nope. Nope. Nope.
If I hadn't just outed myself and told you I wore the same dress for two different New Year's celebrations, would you have remembered? I'm guessing the answer is no, despite the fact that is was on social media and in the press. If you did remember it, it's because it's exactly my style. In fact, I've also worn the same dress (sometimes with the hat, sometimes without; sometimes with the fur stole, sometimes without) to two fundraisers; a wedding; and a masquerade party (that time with a mask).  Whether you did or you didn't remember it, I've had a great time while wearing it. Every. Single. Time...and that's what really matters.
The same can be said for my New Year's Eve 2014 dress, above. It's so much fun to wear this retro dress covered in bubbly that I couldn't resist restyling it for New Year's Day brunch in Vegas... and before that, it was my fashion-contest winning Kentucky Oaks dress. If you love a dress, WEAR THE DRESS!


You may also enjoy these posts: 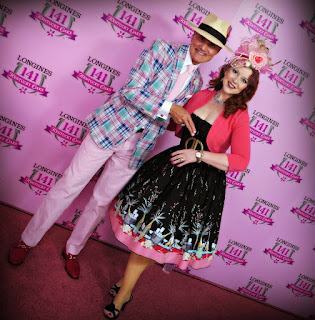