The Moose out front shoulda told ya'

Today's post is about Wally World. No, not the theme park destination of the Griswold family odyssey, but that other Wally World - the big box store known for rolled back prices. You know, the one that has spawned an entire website devoted to showcasing pictures of its outrageously attired customers behaving badly.

My mother in law often remarks that a trip to Wal-Mart sucks the life out of her. It's hard to disagree. It's usually crowded; lines are long; it's poorly merchandised; the lighting is harsh... Oddly, it also seems to rain every time I venture inside. I'm not kidding - every time I go to Wal-Mart (or at least every time I've been in the last year), I've had to run through the madhouse of a parking lot in the rain.

Yet, I still go. I go because Wal-Mart always has Diet Coke for less than seven bucks a case when it's at least eight everywhere else absent a sale or coupon (this matters when you drink as much DC as I do). I go because the regular price of my favorite Kashi cereal is more than a dollar cheaper per box. I go because it's on my way home and open 24 hours. I go because the bakery sells fresh-baked individual bread loaves that are shaped like footballs, which make the perfect theme-appropriate meatball sandwiches for a Fall tailgate. I go. 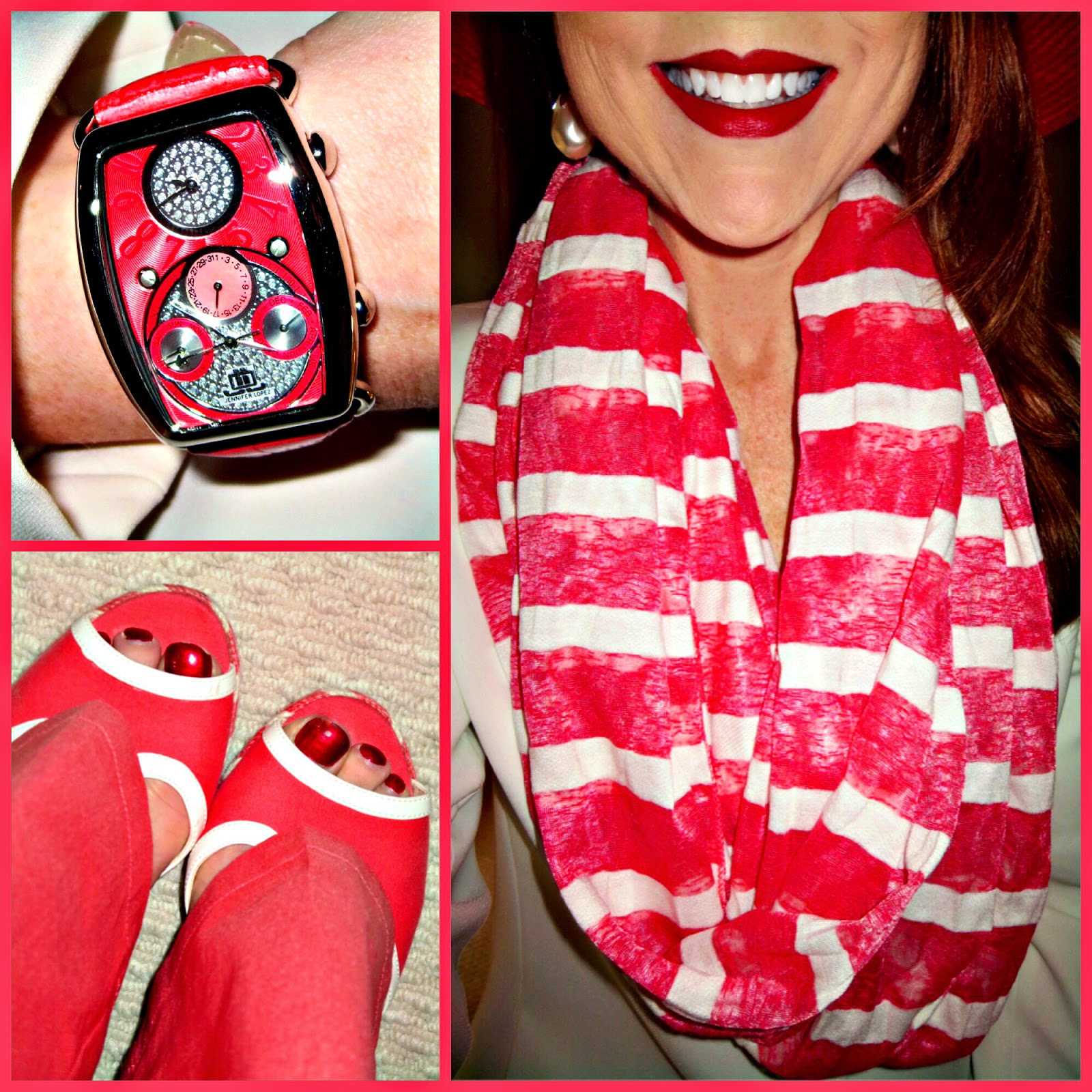 Guess what else? I got this hat and scarf at Wal-Mart.  They were each less than eight bucks. The pants are Ann Taylor, the shoes are Tommy Hilfiger, the jacket is Jones New York, and the bag is Fossil, but the pieces that pull this look together and really make it click are straight up Wal-Mart.

Usually, I'm proud of my bargain-shopping prowess, but when I sat down to write a blog post featuring this outfit, I was slightly embarrassed to admit where I got the key pieces. Not because they were inexpensive (which is great), but because of the social stigma associated with wearing clothes from Wal-Mart. If I'd found them at Target, Goodwill or a consignment shop, I'd have thought nothing of shouting to the world, "Look what I found!"

I actually considered writing a different sort of post altogether, burying the origins of the hat and scarf in the photo caption. But, the more I dissected my discomfort, the more I felt like I needed to address it head on. I'm disappointed that I felt any wisp of shame about wearing clothing from Wal-Mart. They look great. I felt great. I'm excited to wear the whole ensemble again. So, it shouldn't matter where I got them.

I could pretend my discomfort was rooted in a belief that Wal-Mart treats its employees unfairly or that big box stores are a blight on otherwise genteel neighborhoods. The truth is, I am more affected by social stereotypes and the quality (or not) of consumer marketing than I want to admit. The perception of "people of Wal-Mart" makes it an undesirable place to shop (or to admit you shop) for anything beyond groceries, school supplies, and Halloween decorations.

The same thing used to be true of Target. When I was a kid, my mom used to buy my tennis shoes and some of my clothes from Target in the Markland Mall. I hated going to Target. I was embarrassed to shop at Target and if I happened to run into anyone I knew from school, I'd pretend we were just getting school supplies or that I was just passing through on my way to Paul Harris or one of the "cool" stores in the mall.

But now, I love, love, love Target. I will make up an excuse to go to Target, only to browse the aisles and buy a hundred dollars worth of stuff I don't need. I am not alone in my adoration - there are countless memes and blog posts that bear witness to the marketing and merchandising genius behind Target's dramatic reputational 180. If Wal-Mart was merchandised and marketed as well as Target, I'd probably like shopping there, too.

It bothers me that at 41 years old, I can still feel the same sort of brand-consciousness I felt as a seventh grader. I'm not talking about brand-consciousness due to quality issues or innovative style. Clearly, we often get what we pay for, and Wal-Mart will never become a wardrobe building destination for me.  Where fit and finish are critical, I expect to pay more for quality fabrics, cut and construction that I know I won't find at a big box discount store. I also prefer small boutiques that carry unique designers to avoid mass-market styles and cookie-cutter looks.  But, when it comes to trendy accessories like a coral striped infinity scarf or a basic sunhat, why should I care?! I'm quite certain the quality is on par with anything from my beloved Target, and the construction of the hat is identical to that of a Nine West sunhat I bought at Macy's. Perhaps most importantly, I like them.

So, I bought this hat and this scarf at Wal-Mart and I think they make the outfit. There. I said it.

Why am I still hesitant to push the "publish" button...?
Fashion is what you buy; Style is what you do with it! 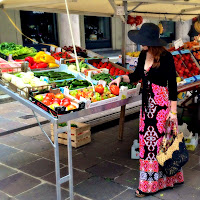 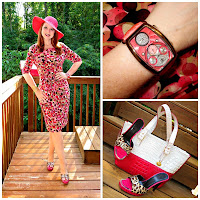