No Return a Dress

﻿Returning things you've decided you don't want, don't need, or don't like is a pain in the behind.  But, for the most part, it's definitely worth the effort.  After all, no one wants to leave money hanging in their closet unworn and unappreciated.  Sometimes, though, I just don't get around to it, especially if it was a low dollar investment (not that all those bargain buys don't add up, and it's no bargain if you don't actually wear it...)

This pink and orange number, purchased in the summer of 2011, is one of those items I intended to return but never did.  I didn't love it when I bought it (which should have been enough to keep me from buying it to begin with).  But, I'd just learned I needed to leave on short notice for a two week business trip to India.  It was the height of monsoon season and incredibly hot, so I knew I wanted to pack clothing that was lightweight; didn't wrinkle; took up very little space in my suitcase; and was culturally acceptable.  This maxi dress was the first one I tried during a quick, pre-flight shopping trip.  It fit all my criteria and was clearance priced, to boot.

Despite the fact that it made the trek half-way round the world with me, I didn't end up wearing it.  I'd been in such a hurry to prep for the trip that I hadn't even bothered to remove the tags when I packed it, so I thought I'd return it.  After all, I didn't love it, and it's not a dress I'd have purchased had it not been for the unexpected excursion.

I don't know why I never did get around to returning it.  I had no desire to keep and wear it, yet I can't say I forgot about it.  The errand remained on my "to do" list, but somehow never seemed to make it to the top (I am a ridiculous list-maker, just short of being that person who makes a list of the lists they need to make).  I wasn't too worried about prioritizing the return since it didn't cost much and the department store I bought it at has a fairly generous return policy.  But, I have to admit three years is probably unreasonable even for the most customer focused store...
﻿
So when I pulled it out this summer during a closet reorganization, I decided to try it on one last time.  Lo and behold, this time around I really liked it...liked it enough that if I'd been trying it on in a store that day, I'd have bought it (again).  Suddenly, I didn't know why I ever wanted to return it, and why I hadn't ever worn it before.  I wore it the very next day, and packed it for my European adventure this Summer.  Maybe the dress just needed to age, like a fine wine... or maybe it was me that aged, and my evolving taste changed my opinion of the dress.  Either way, in this case my procrastination paid off.﻿﻿
﻿
You may also like: 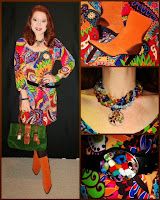 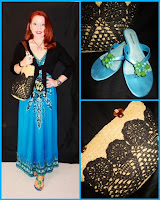 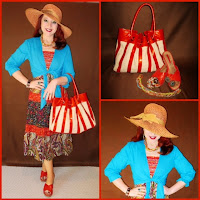