I have a very good driver.  I love my driver - it's the most consistent club in my bag (and the reason I don't like par 3s). The ball may not go quite as far as I'd like (maybe stepping up my P90X game would help), but I usually hit it straight down the middle so I don't have to worry about losing too many balls.
I wish I could say the same when I, myself, am the "driver." So, yeah... To say that I am "directionally challenged" is an understatement. I still recall with a red face the first time my parents let me drive out of town. It was my junior year in high school and my best friend and I were visiting the campus of Indiana University, which was about two and a half hours south of our hometown near Kokomo. I had handwritten directions and the confidence of a 17 year old who knows it all and thinks she's more grown up than she is.

We were cruising along in my old Camaro (recently repainted smoke blue after a different incident that involved my directional impairment) and singing along to everything from the Eagles to Vanilla Ice to Guns 'n Roses without a care in the world.  And then, without warning, I saw it - the big green sign on the side of the highway that said...Purdue University, next exit. What?! If you're familiar with the Hoosier state, you may recognize that Purdue's campus in West Lafayette is only about an hour west of Kokomo. This was not good, especially since we'd already been driving for two hours and thought we were headed south.
Fortunately, the kind officers at the State Police Outpost where I stopped in despair hid their laughter as they highlighted an Indiana map and put us back on track. Unfortunately, what should have been a two and half hour drive took eight hours and two tanks of gas. It took me a couple of years to figure out how that happened (it involved a confusing split on the northwest side of Indianapolis where I-65 and 465 diverge). It took me a couple of more years after that before I told my parents what happened!
If a recent outing to a new golf course is any indication, my directional acumen has not improved much with age and experience, despite electronic navigation aids. After getting hopelessly lost on country roads and phoning a friend for help, I arrived about 40 minutes after my tee time and had to sweet talk one of the pros to help me find the rest of my foursome that had started on time.

Once I got on the course, however, my "driving" was just fine, and when I got "off course" again, it was only to change into sandals to join my friends for an apres golf cocktail or three on the clubhouse patio! 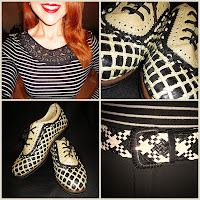 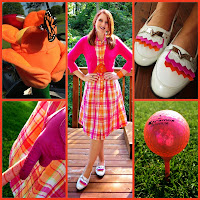 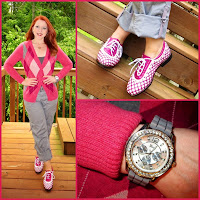