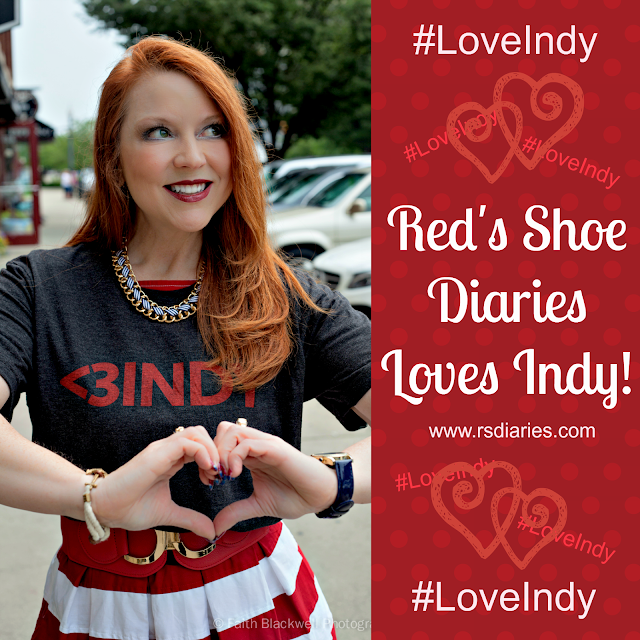 The Circle City has had a bit of an image problem of late. A mobile meth lab in a Wal-Mart parking lot and a viral video of fisticuffs in the aisles (not to mention the black eye the entire state is still sporting in the wake of RFRA) paint a picture of a backward town intolerant of its neighbors. The negative press is disheartening because there is truth to it. But it is equally disheartening because the focus on isolated stories of idiocy and bigotry have eclipsed the reality of a diverse city that largely embodies a friendly and vibrant blend of small town charm and metropolitan culture. 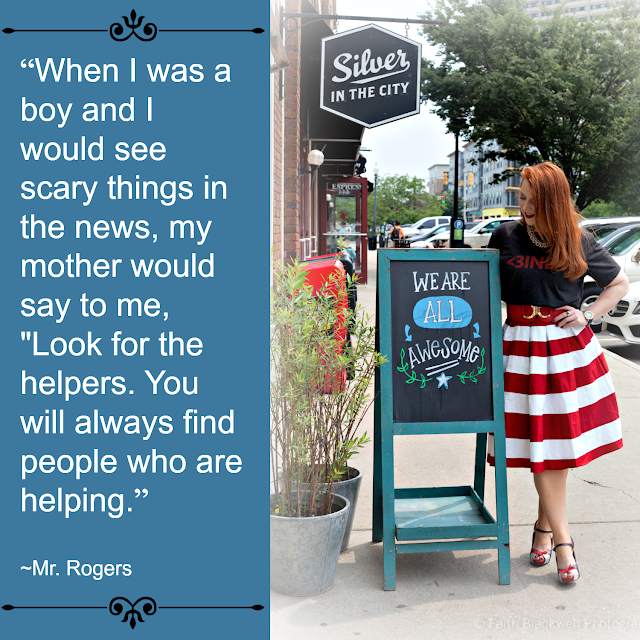 Don't get me wrong - Indianapolis is no Mr. Rogers' neighborhood. Yet, from my (admittedly biased) perspective, it is a community of which I'm proud to be part and for which I'm proud to serve as an (unofficial) ambassador. It is also a community that can be better if we work together to make it so. Thankfully, the city has a lot of community leaders, businesses, and (extra)ordinary citizens who are willing to step up and be the "helpers" Mr. Rogers' mother told him to look for in times of trouble. 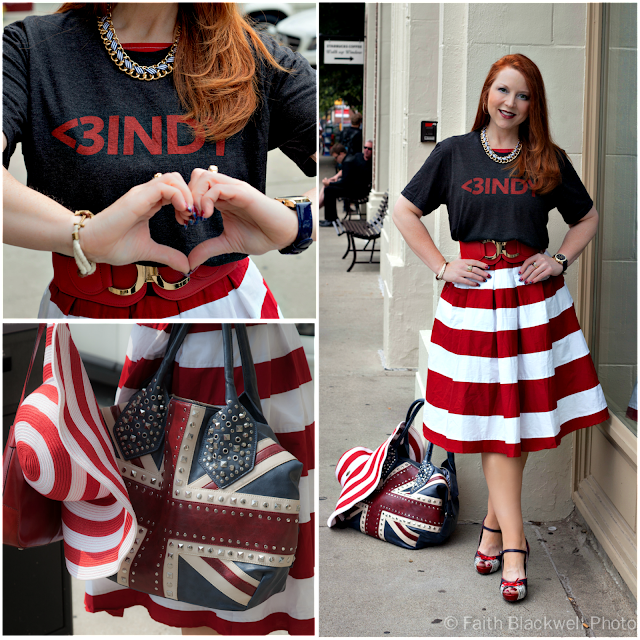 The Buckingham Foundation is one of those helpers. After winning a T-shirt design contest sponsored by Plan 2020 in conjunction with Visit Indy's #LOVEINDY campaign early this year, the Foundation's leadership turned the victory into an opportunity to partner with several local business owners to raise money to provide food assistance to hungry children on the city's Eastside. 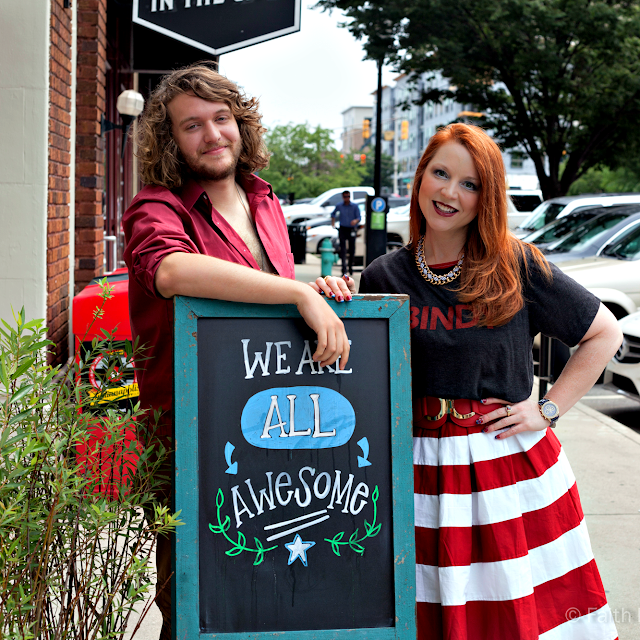 I was excited to learn that net proceeds from the sale of these oh-so-soft charcoal grey Ts will help neighbors in need, though I'd have bought mine regardless because, frankly, it's just a cool shirt (and I'm serious about the soft part - no need to wash before wearing!) Get your <3INDY shirt for just $20 at any of the following local retailers: Retro 101; Art + Supply at the Alexander; Pattern; Silver in the City; Queen Bee Vintage; and James Dant. You can also purchase it online. 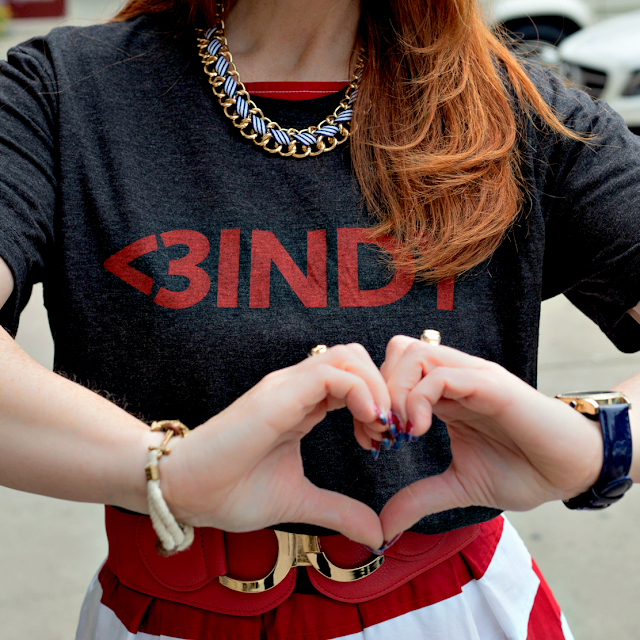 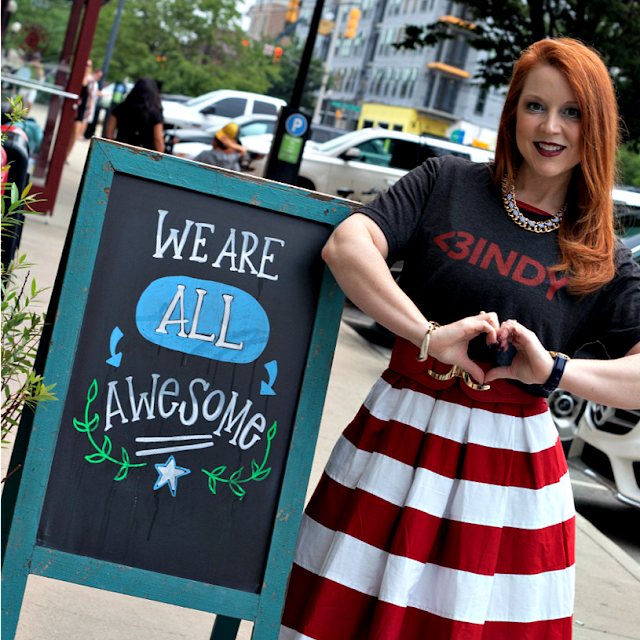 All Photos by Faith Blackwell Photography
You may also enjoy these posts: 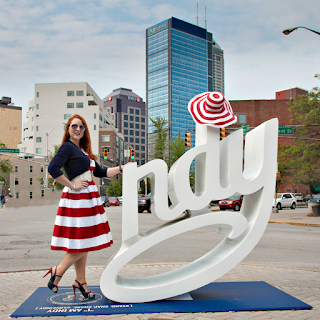 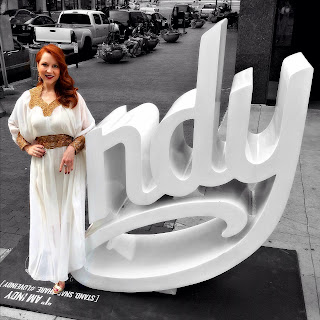