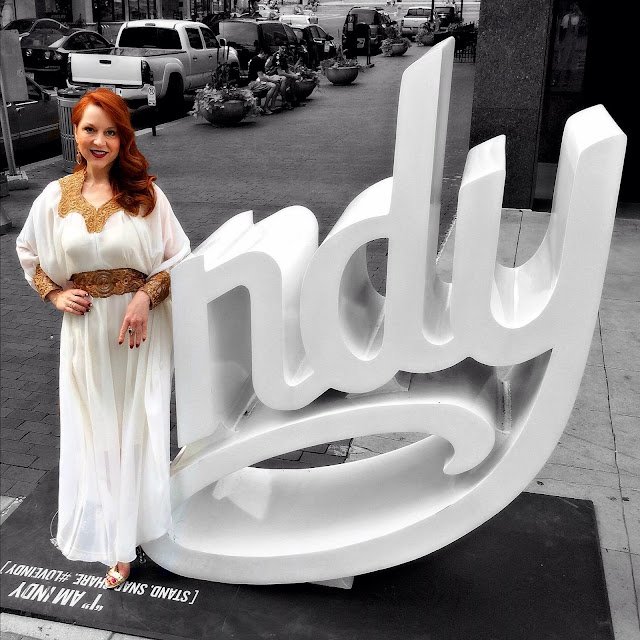 A Sunday afternoon email with the French salutation "Laissez les bons temps rouler!" (Let the good times roll!) identified the top secret setting for a "Diner en Blanc" in the heart of the Circle City that same evening. The invitation for the whitewashed outdoor soiree had been extended just two weeks prior, with the instructions to wear white and bring wine and a picnic platter to share. The location, we were told, would not be revealed until the day of the party itself. The last-minute revelation added an auspicious air of mystery and anticipation. Because we live some distance away from Indianapolis, we actually left for the party before we even knew where we were going! But, coming into the city a bit early also gave us time to make an unplanned stop at one of downtown's "I" AM INDY art installations on the way. 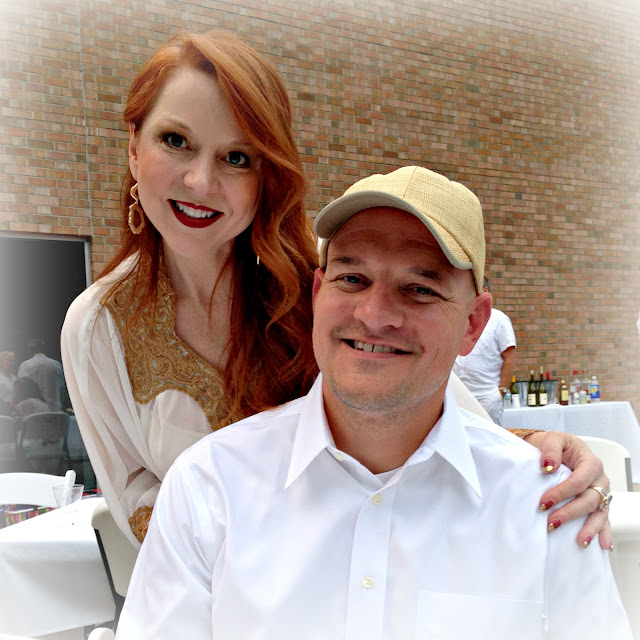 The concept of "Le Diner en Blanc," more commonly referred to in the US as a "White Party," is French, and originated with François Pasquier, who invited a few friends to the famous Parisian park, Bois de Boulogne, many years ago. To find each other in the park, the guests all wore white. The dinner was such a success that they decided to recreate it the next year. Each person invited other friends and the event grew organically into the 10,000+ dinner it is today. The location is kept top secret until the last minute, though it is always held at a very public (and often historic) locale, such as the Arc de Triomphe. We are so grateful to our hosts for bringing this traditional City of Light celebration to the Circle City, and to our friends who extended the invitation to us. It was truly an elegant evening of revelry. Also in true European fashion, it was an evening to relax and slowly savor the smorgasboard of sweets and savories, as well as bubbly and good conversation with chums both old and new. 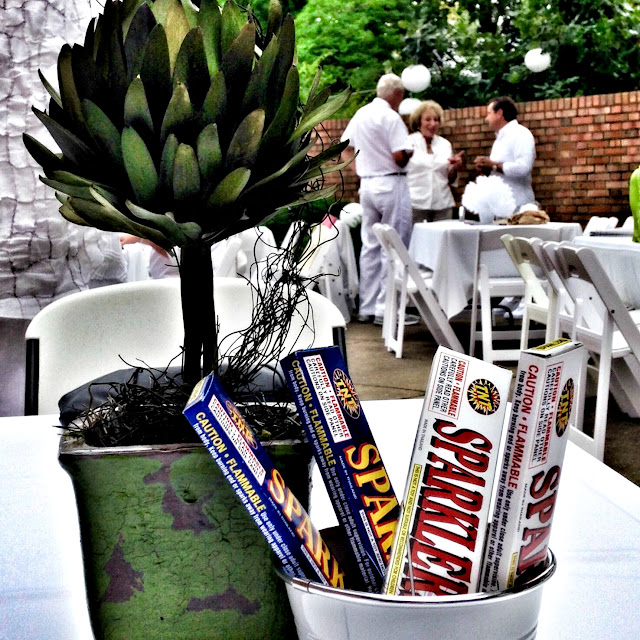 The bright white palette of the decor (courtesy of the talented Elizabeth Taylor) and the guests' attire was visually striking against the green trees and red brick backdrop of the Basile Opera Center's terrace, and became even more so when the sun went down and guests lit hundreds of sparklers as eagerly as children at a Fourth of July parade. 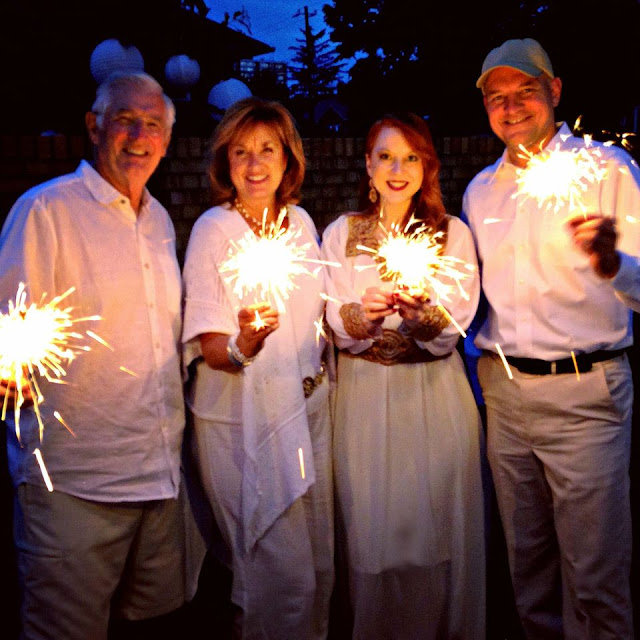 It was inspiring to see so much individuality in attire despite the monochromatic color scheme. There is just something about white clothing that exudes elegance (so long as wet weather doesn't turn it into a wet t-shirt contest - luckily the skies were kind on Sunday). My own dress was purchased at a street market in India a few years ago. I'd only worn it once before (to a public White Party hosted by Yelp last year), and was pleased to have the perfect opportunity to wear it again. After all, there are only so many places one can pull off a sheer white caftan embellished with heavy gold embroidery... 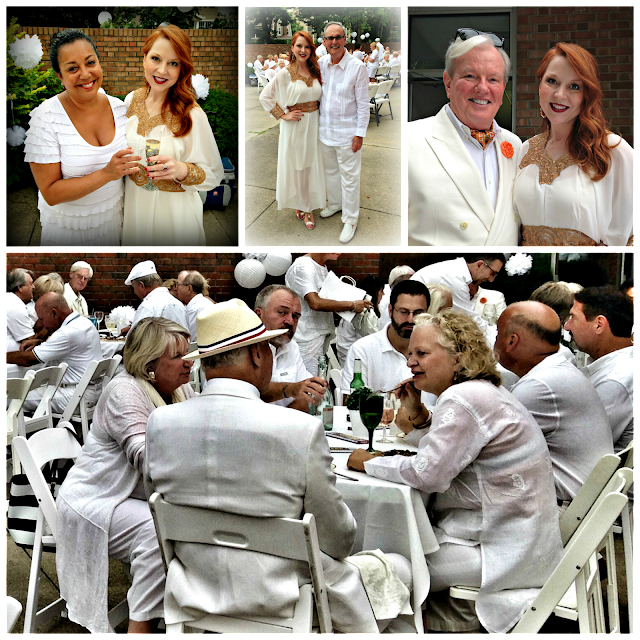 I also created a new recipe for the occasion - Watermelon Shrimp Ceviche, which I adapted liberally from a basic watermelon salsa recipe I found on Pinterest last year. It was delicious, so I thought I'd share it below: 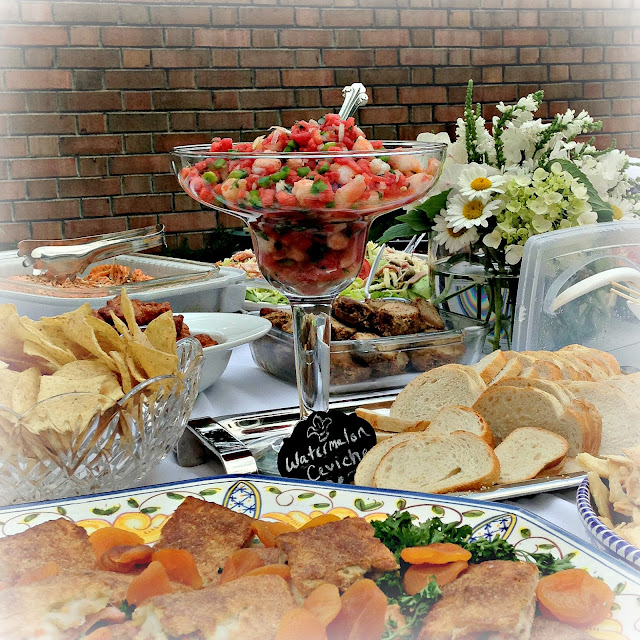 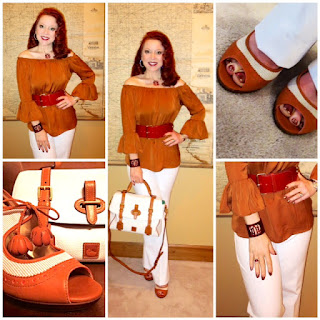 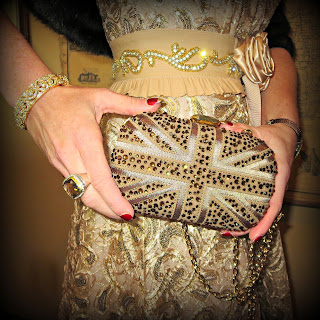